About Prosper A. Bellizia Practice & Experience

Who you use to represent you in court matters!

I understand the gravity of a criminal charge. I know how it affects your family and love ones and how it bears down on your every waking hour.

For this reason, I, myself, vigorously defend each and every one of my clients. I do not send associates to court on my behalf because I believe that only I can protect my clients. I can help. Call me at (732) 455-5018 for a free, no risk consultation.

Mr. Bellizia has tried over 120 jury trials, gaining the admiration and respect of both colleagues and opposing counsel in his 30 years as a criminal attorney.

There are not many so-called "Super Lawyers" in New Jersey who have even tried one-fifth as many. You will value Mr. Bellizia’s extensive experience in a court room in the unlikely event that your case should go to trial. He has also served as a trial attorney and appellate attorney for the Public Defender’s Office in the Superior Courts of Essex and Union Counties and was a part-time public defender in Montclair and South Orange Municipal Court

His two decades experience as an Essex County Assistant Prosecutor, afforded him a unique approach to criminal defense. As a prosecutor in the New Jersey’s largest and busiest office, he spent over 10 years in the trial section honing his trial skills in over 120 jury trial, while specializing in narcotics, violent crimes, homicides, fraud and sex crimes.

The last third of his time in the Essex County Prosecutor’s Office, he was an integral member of the Professional Standards-Internal Affairs Unit, investigating and prosecuting police officers who broke the law. This experience has proven valuable in his last decade as a criminal defense attorney, affording him insight to the inner workings of police departments and their sometimes failure to protect and serve the public. Simultaneously, he was appointed Director of Bias Crimes where he prosecuted hate crimes. He also served as an instructor at the Essex County Police Academy for almost a decade.

Born in New Brunswick, he attended New Brunswick High School. Mr. Bellizia earned his undergraduate degree from Seton Hall University in South Orange in 1976 majoring in accounting and served on its alumni board.

In 1985, he graduated from Rutgers Law School and was admitted to the New Jersey State Bar and the United States District Court of New Jersey. 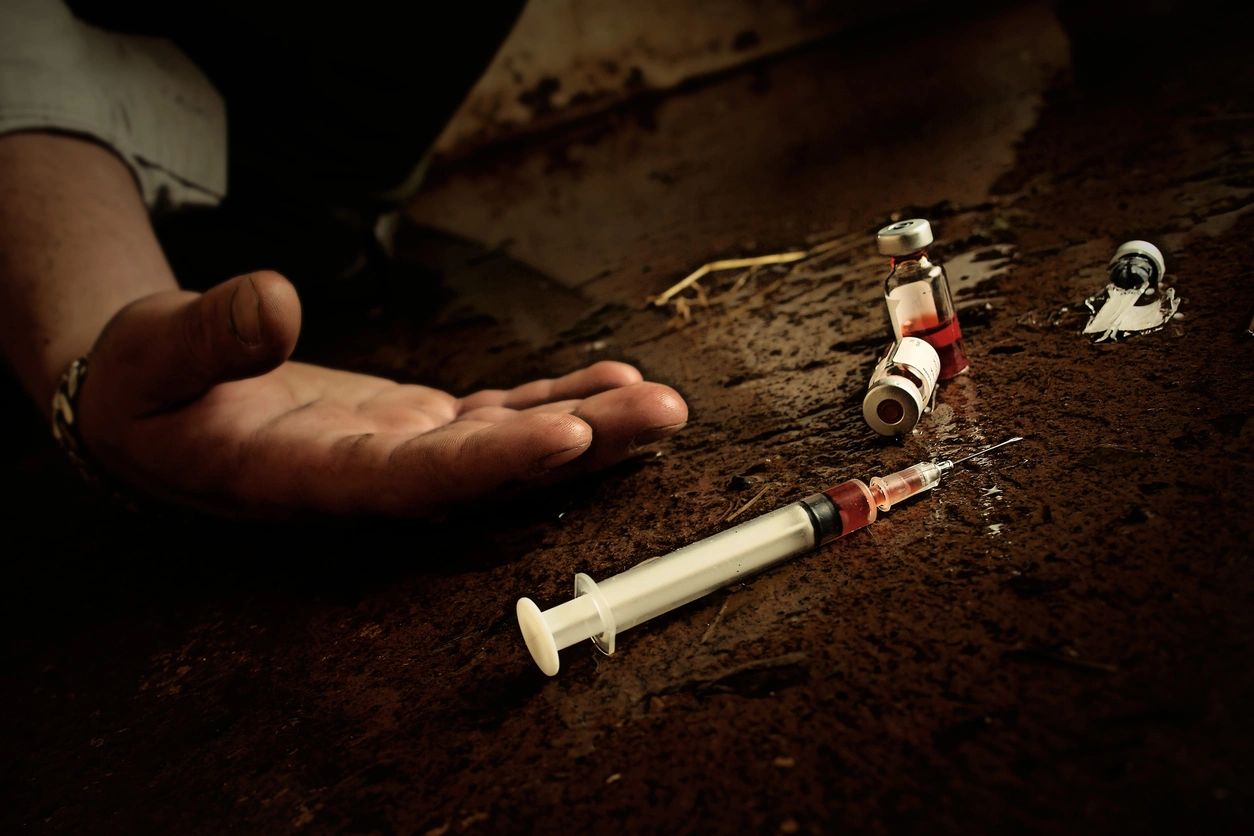 DISCLAIMER: ATTORNEYS'ARE NOT ALLOWED TO GIVE PERCENTAGES OF WINS. BUT I CAN TELL YOU THAT, MORE OFTEN THAN NOT, THE OVERWHELMING MAJORITY OF MY CLIENTS COME OUT OF THEIR SITUATIONS MUCH BETTER THAN WHEN THEY STARTED DUE TO MY HELP. THIS MAY MEAN REDUCED FINES, NO JAIL TIME, KEEPING THEIR DRIVER'S LICENSE OR EVEN GETTING THEIR CASES DISMISSED. THE RESULTS IN THESE ACTUAL CASES DO NOT MEAN THAT YOUR CASE WILL BE RESOLVED IN THE SAME MANNER. Remember-NO LAWYER CAN GUARANTEE RESULTS OR THE OUTCOME OF A CRIMINAL CASE!

ASBURY PARK MUNICIPAL-Client is one of 3 passengers in a car where 2 bottles of liquor are confiscated by police in routine traffic stop. Mr. Bellizia negotiates with State to dismiss case against client after other passengers admit guilt. Case dismissed.

BERGEN COUNTY-CREDIT CARD FRAUD – Client accused of using credit cards belonging to another and without owner's permission. Case dismissed after pressing State to produce victim at trial due to lack of prosecution.

NEW BRUNSWICK-DRIVING WHILE SUSPENDED – Client facing 3rd offense for driving while suspended in which a conviction will require a jail sentence. Negotiated outcome to avoid jail and allowing client to keep his driving priveleges intact.

ASBURY PARK-Possession of CDS in Vehicle-Mandatory 2 year loss of license upon conviction. Mr. Bellizia negotiates plea arrangement in which client pleads to a town ordinance, thus avoiding jail and loss of license.

OCEAN COUNTY-CDS IN CAR/DUI – Client is stopped for speeding and state trooper discovers marijuana in the car and in his pocket. Client charged with possession with CDS and driving under the influence of drugs. State Police fail to provide police reports to municipal prosecutor and DUI is dismissed and client is granted a conditional discharge on the drug charge, which is dismissed after a 6 month probationary period.

When confronted by the girls' boyfriends, he pulls out a pellet gun and threatens them. He is arrested and charged with second degree burglary while armed, aggravated assault, theft, unlawful possession of a weapon, possession of a weapon for an unlawful purpose (a Graves Act offense).He was facing a minimum of 10 years in prison, with 8 1/2 years without parole on the burglary count alone.

RESULT: Mr. Bellizia files a motion to remove the matter from the mandatory prison sentence under the Graves Act and succeeds in having the burglary charged reduced from second degree to third degree. He also had him psychologically evaluated and the expert determined the client was a chronic alcoholic requiring treatment.

Mr. Bellizia negotiated a non-custodial probationary sentence based on the client's diminished capacity while intoxicated.

Facing certain suspension of her driving license she retains Mr. Bellizia to defend her case. She is not eligible for the standard No Points-Unsafe Operation Violation, having used it twice in the past 2 years.

RESULT: MR. BELLIZIA IS ABLE TO NEGOTIATE A PLEA TO AN OBSCURE NO-POINTS MOVING VIOLATION. TOTAL FINE- $89. SHE RETAINS HER LICENSE.

BERGEN COUNTY-CLIENT ARRESTED WITH 24 BAGS OF HEROIN AND CHARGED WITH POSSESSION WITH INTENT TO DISTRIBUTE NARCOTICS.

THIS IS THE CLIENT'S 5th ARREST, WITH THE MAJORITY RESULTING IN CONVICTIONS IN MUNICIPAL COURT. HE HAS ALREADY USED HIS ONCE-IN -A -LIFETIME CONDITIONAL DISCHARGE.

RESULT: I successfully negotiate with the assistant prosecutor to downgrade his case to a disorderly person's offense and avoid a felony conviction, which would stymie his ability to pursue a full time job.

RESULT: Client avoids jail time by her admission into the Second Chance Program, which is a community service based sentence in lieu of jail.

BERGEN COUNTY SUPERIOR COURT – In a sting operation, the defendant is lured into New Jersey from upstate New York to allegedly deliver a drug dealer and his cocaine and marijuana to a confidential police informant posing as a buyer at the Paramus Park Mall. The defendant is arrested by awaiting police who claim the defendant

had a bag of weed hanging out of his pants pocket. The police then search the car without a warrant and discover a large quantity of marijuana and cocaine hidden in a closed bag in the passenger compartment of the car just vacated by the dealer.

Facing certain prison if convicted he hires Mr. Bellizia to defend his case based on the improper search and seizure of the evidence by the police.

RESULT: Mr. Bellizia successfully challenges the seizure of the

additional evidence in the closed bag. His client pleads to a reduced charge of possession of the small amount of marijuana found on his person and receives a probationary, non-custodial sentence.

EXPUNGEMENT-FIRE DEPARTMENT CANDIDATE – Successful expungement of juvenile and adult record, making him eligible for employment despite prior convictions.

OUT OF STATE DRIVER-PAST NJ DRIVER'S LICENSE SUSPENDED DUE TO NOT APPEARING IN COURT 5 YEARS EARLIER-I negotiate a settlement without the client's presence via affidavit and the he is not required to post bail.

RESULT: CLIENT DOES NOT HAVE TO APPEAR NEW JERSEY AND POST BAIL

Union County – Driving While Suspended-Defended successfully on grounds that suspension was improper despite client receiving DMV notice of suspension.

Client arrested with 9 lbs. of marijuana in trunk of car. Search of automobile challenged on NJ Constitutional grounds. Defendant pleads to downgraded charge of 3rd Degree possession with intent.

BELMAR – Driving While Under the Influence of Drugs – Observation and sobriety tests successfully challenged and ruled inadmissible.

After a 10 day trial, client is convicted of armed and sentence to 15 years in prison.

Despite entering the apartment with a search warrant, the matter against my client was dismissed due to a lack of evidence.

Police execute a search warrant but search extends in areas unauthorized by the warrant. Motion to suppress the evidence challenges the creditability of the arresting officers.

CLIENT PLEADS TO REDUCED CHARGE ON DISORDERLY CONDUCT – NO PROBATION

After a weeklong jury trial, client is acquitted of all charges.

Client's blood alcohol level reading of .015 on the breathalyzer deemed inadmissible due to police officer's failure to observe defendant the requisite 20 minutes prior to administration of the test.

Defendant improperly charged by police with harboring child in violation of the custodial order.

Case dismissed when proofs by state cannot be met. (Client pleads to reduced charge of an ordinance violation.)

EXPUNGEMENT – 30 YEARS AFTER THE CONVICTION– Professionally licensed client in danger of losing her job and license after a Homeland Security check unearths a prior offense of shoplifting in 1977.

OUTCOME – Successful negotiation to pleading to a reduced charge of violating a town ordinance. Arrest and guilty plea expunged so no record exists.

OUTCOME – Driver loses license for only 90 days instead of 7 months.

EAST ORANGE – Client arrested for impersonating a police officer and for possession of ecstasy, marijuana and cocaine in his automobile, which is outfitted with a siren, safety lights and handcuffs.

OUTCOME – I was successful in arguing for my client's admission into Pre-Trial Intervention (PTI), 2 years probation. Client completed PTI, his case was dismissed. Both his arrest and PTI admission was successfully expunged and no record of either exists.

UNION COUNTY SUPERIOR COURT – Man arrested after 90 mph automobile chase through two counties resulting in a crash. He does not appear at his first two court appearances and a bench warrant is issued for his arrest.

OUTCOME – I successfully argue to lift the warrant and reinstate his bail without my client being arrested. Client is free on bail.

DRIVING WHILE SUSPENDED – 8 OUTSTANDING WARRANTS – 8 DIFFERENT MUNICIPALITIES – Client is wanted in Spring Lake Heights, Wayne, Union, Nutley, Bloomfield, Clifton, Caldwell and Mount Olive. Some matters date back to 1998! Client facing jail sentence on driving while suspended. Outcome: So far, seven of the eight matters have been resolved with NO JAIL and only fines and probation. Client's longest loss of license for a DWI is two years, six months with all other suspensions being run concurrent.

PARAMUS -SHOPLIFTING-BERGEN COUNTY-MOTHER ARRESTED FOR SHOPLIFTING JEWELRY – 1st Offense, OUTCOME-DISMISSED – I moved the matter from Paramus Municipal Court back to Bergen County Superior Court and successfully petitioned my client into Pre-Trial Intervention (PTI). She received a six month probationary sentence but the matter was DISMISSED upon her successful completion of the program.

UNION COUNTY SUPERIOR COURT – client is arrested on charges of hindering the apprehension of a notorious felon in an attempt to get him to give authorities on felon/associate's whereabouts. The client is held in jail until he "rats" on the fugitive felon.

BLOOMFIELD MUNICIPAL COURT – client is arrested for driving while suspended due to prior DUI/DWI. Now, he is facing 10 days in jail and an additional 1 year loss of license.

LONG BRANCH MUNICIPAL COURT – Driver charged with hitting a police officer and leaving the scene of the accident.

RESULT: All charges are dropped due to Mr. Bellizia's representation and presentation of 3 witnesses who substantiate client's version of the facts. Client pleads to one charge resulting in an $89.00 fine and no points.

RESULT: Case dismissed as a result of Mr. Bellizia's representation that tow truck operator is not a credible witness.

NEPTUNE MUNICIPAL COURT/STATE TROOPER DUI CASE – Client/driver crashes her car into guardrail on turnpike and is arrested for DUI and faces 7 -12 months loss of license due to BAC reading of 0.15 on Breathalyzer.

RESULT: Mr. Bellizia successfully moves to have Breathalyzer results tossed out due to failure of State Trooper examiner to properly follow procedure. Driver license is suspended for 3 months instead of 7 months.

MONMOUTH COUNTY – Driver whose license is suspended for 7 months gets arrested driving his mother to the doctor's office. Faced with 10 days in jail, Mr. Bellizia successfully persuades court to allow driver to plead to alternative charge, thus avoiding any jail time.